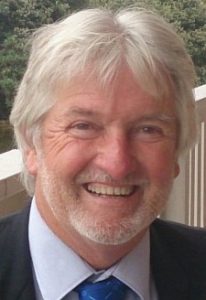 More rain, however, I am glad we are not on the North Coast. Having covered a few floods, the worst at Nyngan, I feel for the people who are now throwing out the last of their soggy belongings to be burnt or sent to the tip.  After a bush fire, you have nothing left but after a flood anything that has survived has to be destroyed, making it a double heart break.

As Rotarians we will be able to support the clubs on the ground, they will know what is needed and who needs it. Initial support will be financial, however, in the months ahead it could also be physical working as a volunteer. You never know, we may even be asked to host some families for a few days, just so they can get away from the devastation. Sometimes when a disaster happens we wonder what we can do to help I am sure that in some small way we will be able to help those who have experienced these horrific floods and cyclone.

I’m really happy with the way the move to the Golf Club has gone. We are being well looked after and the venue is very good. Please make sure that you swap seats each week so everyone is mixing about.

On March 28, Cyclone Debbie a category 4 cyclone devastated areas from Bowen South to Mackay region, these communities which are located in Rotary D9550 and Rotary D9570 need assistance. An appeal has been set up to assist those in need following the aftermath of the cyclone. If you wish to donate to the appeal, click here.

Whilst we were enjoying the comfort of the Narooma Golf Club last Thursday, Peter Bull and Karen were getting soaked trying to watch ‘Carmen’ on the Harbour. From all reports, it was a great show for the few minutes that it lasted. Unfortunately as soon as Peter was thoroughly soaked the extravaganza was called off!

Seventeen members along with our guest speaker, John Gillet, from the Moruya Club and Frank’s partner joined us for the meeting. Sandra updated us on all things youth as well as the upcoming Busking Competition. It sounds as though the competition will be a great success for the Club and Narooma. Remember to keep the last weekend in May free as we’ll all be needed to help on the Saturday for the competition and the Sunday for the market.

We also discussed the upcoming Oyster Festival and our involvement, especially on Friday 6 May selling glow sticks and the like. More information will be provided closer to the event.

Michael gave a quick update on his delayed walk. All systems are go for the walk to start just after ANZAC day, with food that Michael requires along the way posted off during the week. Fund raising has hit the $9000.00 mark, a wonderful effort. Hopefully the $10 000.00 target will be reached by the time Michael starts out.

Our guest speaker was John Gillett from the Moruya Club. John came along to tell us about Angel Flight. First off gave us a little of his life history as a policeman in the 60s and 70s in Sydney working around the Cross, with 21st Division and the Tactical Response Group. He was then encouraged to go and work in the bush by a colleague. Thinking he was going to Dubbo John said yes. Unfortunately he ended up in Bourke instead. It was in Bourke that John became interested in flying and he along with 4 others purchased a small plane. Over time John acquired the shares of the other partners and he has owned the plane outright for many, many years.

At one stage John was considering selling the plane and giving up flying. It was then that he heard about Angel Flight. He thought it was a great initiative and decided to get involved.

Angel Flight is available to fly people in rural and remote areas who need non-urgent medical treatment in larger centres such as Sydney and Canberra.  The two criteria to access Angel Flight are remoteness and lack of finance. All pilots and ground angels are volunteers and there is no cost to those who use the service. All funds raised go to support 6 employees who manage the service.

Angel Flight is supported by Mobil who supply fuel, CASA who waive aviation charges and many local councils who waive landing fees.

As this week’s meeting falls on the first Thursday of the month we will have a Club Assembly followed by a Board meeting.

The main topic for the Assembly will be planning for the 2017/18 Narooma Rotary year. As the incoming president, I would like members to think about responses to these questions;

What would you like to change in the Club?

I would also like members to think about what projects and activities the Club can support in 2017/18.

What do you get when a handful of young leaders put their heads together and “dream big?” Apparently, you get a 14-city, 2,400-mile road trip that provides 2,500 hours of service by more than 500 volunteers. The Connecting for Good Tour of the American West Coast was organized by San Francisco Rotary member Danielle Lallement, and inspired by brainstorming that took place at a Young Professionals Summit in 2014. Read more about the massive Rotary road trip, click here.