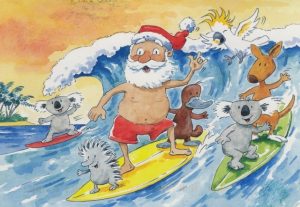 It has been another relatively quiet Rotary week for me. Last Wednesday I attended the last planning meeting for the upcoming race day at Moruya. I hope to see as many Rotarians as possible attend the race day on Sunday 18 December as it is a huge fundraising event for the three Eurobodalla Rotary Clubs.

Last Wednesday also saw me selling duck tickets at IGA and again the feedback from the public about the work of Rotary in our community was excellent.

boat from scratch. The 6 years it took to construct the boat must have been really hard work but it obviously gave her fantastic memories and skills.

After our Christmas Party at Casey’s this Thursday our next formal meeting will be 2 February 2017 at the Narooma Golf.

Finally, I wish all members and their families a relaxing and enjoyable festive season.

16 members were present, along with regular guest, Iris.

build a sailing boat – back in the 70s. It was an activity that had all the family working together on and off on weekends for more than 6 years to build the boat. Charmaine’s dad was not an experienced sailor or boat builder, however, he and the family persisted to build a beautiful craft that has given the family many hours of enjoyment. The boat is still in the family with Charmaine and her brother planning to sail her from Hobart to Sydney in January.

Bob Aston gave a three-minute talk on his experience as a scout attending a World Jamboree in Japan as a 15-year-old. John Rungen proposed the International Toast to District 5500 in recognition of that District’s efforts to raise funds to end polio by conducting a bike ride.

President Michael updated us on his fund raising efforts (for has 1000km walk) to end polio. He encouraged all members to share his Facebook posts promoting the walk.

Other news including the fact that the Expo made about $1000.00 profit and RYDA is scheduled for 3 and 4 April 2017. Narooma Rotarians are needed for 4 April.

Did you know THE ROTARY FOUNDATION has been named the 2016 Outstanding Foundation by the Association of Fundraising Professionals?

Did you know that your personal contributions increase your PHF recognition amount to the same value AND give you PHF points at the rate of one point per dollar which can be transferred to create a new PHF or PHF level?

Did you know that you can view your own personal giving progress to THE ROTARY FOUNDATION via “My Rotary” on the Rotary International website at www.rotary.org.

An Interesting Fact (Thanks to Frank)

The world speed record for solving a Rubik’s cube is currently 0.637 seconds! Don’t believe it?  Google for “0.637 seconds Rubik’s Cube”

Last week’s meeting was the last one at the Whale before we move to the Golf Club early next year. The Club has been meeting at the Whale since the Lasallian Centre Motel kitchen and dining room were destroyed by fire in December 1999. During the 17 years we have met at the Whale we have been fortunate to have been looked after by many managers and owners, most notably Vaughan Bridgeman, Robert and Michelle Wignall (Robert was a member of the Club) and Matt and Jen. Thank you to Matt and Jen and the staff at the Whale for serving us for so many years.

This will be the last edition of the Beacon until our first formal meeting of 2017. Keep an eye out for emails to keep us informed of holiday events and activities. 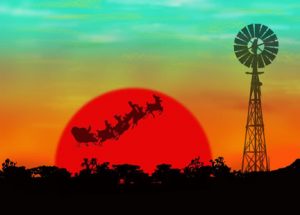